We are getting some really beautiful produce from our farm share this fall. I was originally feeling overwhelmed, honestly, by the number of peppers, but I am now feeling inspired. Tonight I needed to get dinner together quickly, and chilies played a central part. Chile peppers are cholesterol free, low in sodium and calories, rich in Vitamins A and C, and a good source of folic acid, potassium and Vitamin E. They are also delicious. And although they have a reputation for being hot, the ones we've gotten this week are mild and flavorful. This recipe also uses some of the green tomatoes we received. I recently realized how good they are grilled, and the texture and flavor pay a key part in the following recipe.
I use a chicken breast in this, because it's what I had in the house. But this would also be good with pork chops, fish fillets (really, really good, although I would leave off the cheese), hamburger patties, veggie burgers, or, really, nearly any protein you like with bread.

This meal is very simple, but you're going to have several elements going at once. You'll want to pre-heat a frying pan on the stove top. And you're also going to want either a stove-top grill (which is what I used) or a broiler pan in the oven. You could also do this on the oven on a cookie sheet. It's EASY,

Okay - we're going to have a few elements going at once here. But the whole process is about 15 minutes once you have the veggies sliced.
Drizzle olive oil in a saute pan over medium heat. Once it's warm (sizzles if you drip a little water) add the peppers and onions, and a pinch of salt and pepper. Stir occasionally, over medium low heat,  as you complete the next steps. Just keep an eye. You want them to soften, and take on a little color, but you don't want them to brown or get too burned or crispy. Just give 'em a stir every minute or two.
Rub a little olive oil on the chicken, and sprinkle with salt a pepper. Place on the grill pan, or the broiler pan.
Drizzle both sides of tomatoes with olive oil, and sprinkle with salt and pepper. Add the tomato slices to the pan.  Broil or grill  for 2 - 3 minutes, and flip the tomatoes ONLY. Broil  or grill another 2 - 3 minutes and remove the tomatoes. (Look at 'em. They should be lightly browned and soft. If not, give them a few more minutes.
After 5 - 7 minutes cooking time, the chicken will be ready to flip, and the tomatoes will be done. Flip the chicken, and use a spatula to remove the tomatoes to a plate or cutting board for assembly.
While the chicken and tomatoes are cooking, mix together the mayo, mustard and Worcestershire together in a small bowl, and set aside.
Remember to give the chilies a stir during this time - every few minutes - over low heat.
When the tomatoes are done, add the slices of bread to the pan. The bread will also need just 2 - 3 minutes per side. If you're using a grill you'll get some nice grill marks, and if you're broiling, you'll get a light brown toast. You just want to warm the bread, and give it a very light toasting.
The chicken and bread should be done about the same time. But don't stress if they aren't. Remove the toast, and set aside. The chicken should cook for 5 - 7 minutes per side. When it's thouroughly cooked, top each piece with 1/4 the chili and onion mixture, and top that with cheese. If you're using a grill, you'l want to cover the chicken to help the cheese melt. (Honestly? I flip the pan I just used upside down and cover the chicken with that, to help melt the cheese. The residual heat from the pan helps it along and the depth of the pan gives it some room.)
While the cheese melts, spread a tablespoon of the mayo mixture on each slide of bread, and top with the grilled tomatoes.
Add the chicken breast.
Eat wtih a knife and fork OR top with a second piece of toasted bread. (Adjust recipe to 8 pieces in that case, and make sure and grill all 8!)
Does it sound complicated? It's really not. You're just cooking a chicken breast and topping it with some sauteed chili peppers and cheese. That's it. Fast and easy. Really!
And yum! 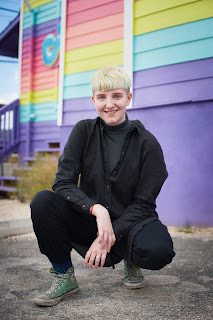 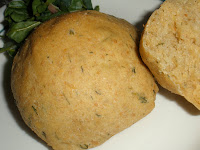